Dedicated to creating the world’s most brilliant gem. 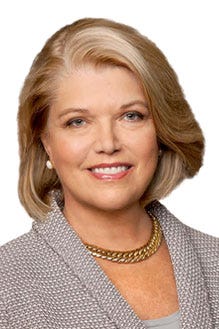 Anne M. Butler has served as a director of Charles & Colvard since June 2012. As a leading executive in the direct selling industry, Ms. Butler has successfully run global businesses for Avon Products, Inc. , Aloette Cosmetics, Mary Kay Cosmetics, Inc., and PartyLite Gifts, Inc. Ms. Butler started her career with Avon, where she held a variety of progressive assignments across marketing, sales, new market expansion, and new business development while serving as Director of Marketing in Spain, Vice President of Avon Fashions in Brazil and as General Manager, Avon Fashions for Continental Europe. At Mary Kay, Ms. Butler served as President of the Western and Central Europe business. She then successfully expanded PartyLite's international business, and subsequently became President of PartyLite Worldwide from 2007 to 2012. Ms. Butler has held various board positions, including ViSalus Sciences, the Direct Selling Education Foundation, and the Direct Selling Association, where she served as Vice Chair. Ms. Butler currently serves on the Board of Directors for AdvoCare International, and is the Managing Partner of Butler Advisors.