Last week, we took a look at some of the most popular stone shapes among moissanite wearers. Now we’ll check out some of the lesser-known, but still beautiful, moissanite cuts. Offbeat, quirky, and non-conformist jewelry lovers, this list is for you!

This clean, geometric cut is perfect for the modern woman. Triangle cuts tend to look best in sleek, minimalist settings like the one pictured below. One drawback of this cut is that the points have a tendency to get chipped; however, a proper setting can eliminate the problem. 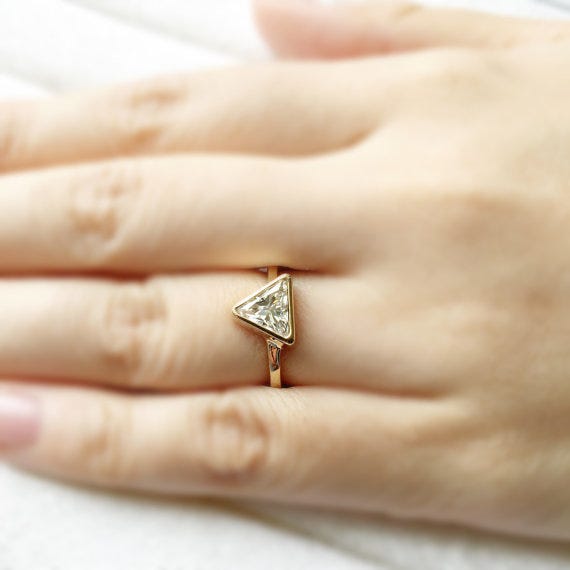 National Jeweler named baguette cuts one of their 5 Standout Trends from the 2015 JCK Las Vegas trade show.  Similar to an emerald cut but with fewer facets and less brilliance, baguette cuts are often used as accent or side stones. Their slender, geometric shape makes them highly versatile; baguette cuts are used in wedding bands, engagement rings, necklaces, and earrings. 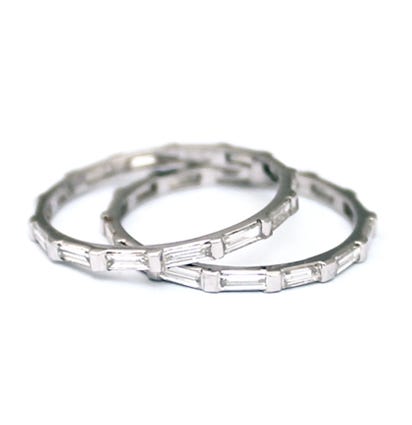 Also known as a trilliant or trillian cut, this shape is that of a rounded triangle, with curved sides and softer points. Like triangle cuts, trillion cuts can be prone to chipping at their points, so bezel settings, like the one pictured below, make a smart choice. Compared to a round cut of the same size, a trillion cut will appear bigger due to its width. 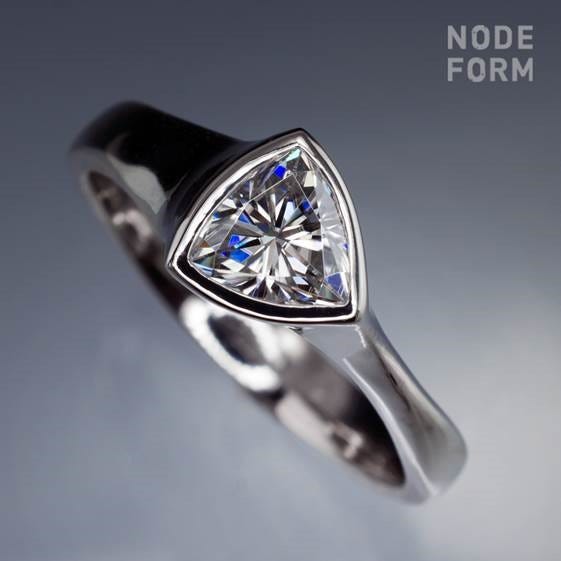 As the name implies, this cut is well, old. In fact, it dates back to the nineteenth century and is considered a “precursor” to today’s round brilliant cut.  Gemstone cutting techniques back then were less precise than they are today, so this cut features less sparkle and fire than its modern counterpart. However, this cut is currently enjoying a resurgence in popularity in antique-inspired and heirloom settings. 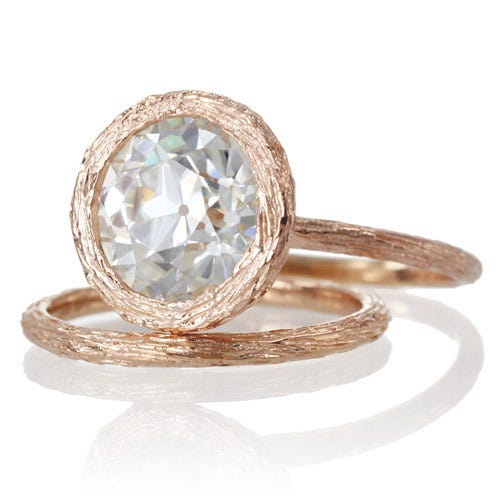 Like the OEC, the rose cut is considered an antique cut. In fact, it’s even OLDER than the OEC, dating all the way back to the 1500s! The facets on a rose cut are very prominent, and are meant to look like the petals of a rose. The bottom of this cut is flat, and the top rises in a dome shape to a single peak. This old-school cut is beloved by antique and vintage jewelry fans. 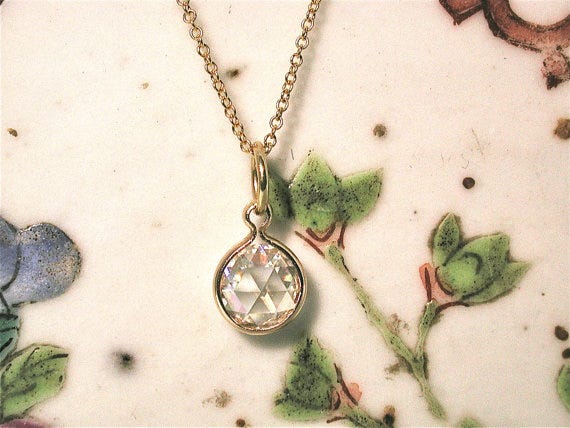 Miss Part 1 of our Guide to Stone Cuts? Be sure to check it out now!