While solitaire engagement rings are thought of as the most “traditional” engagement style, three stone rings are also considered a classic, elegant option. DeBeers was the first company to introduce a three stone engagement ring on a wide scale, and marketed the style as representing the “past, present, and future” of a couple’s relationship.

Also known as trinity or trilogy rings, three stone rings remain a fashionable choice not only for engagements but also for anniversaries and other relationship milestones.  The symbolism of the ring style has a religious aspect to it reflecting the Holy Trinity, but also has been adopted on a more secular basis to represent “friendship, love, fidelity”, and “mother, father, child.” 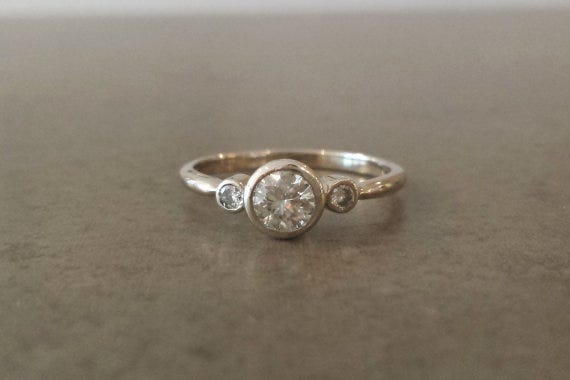 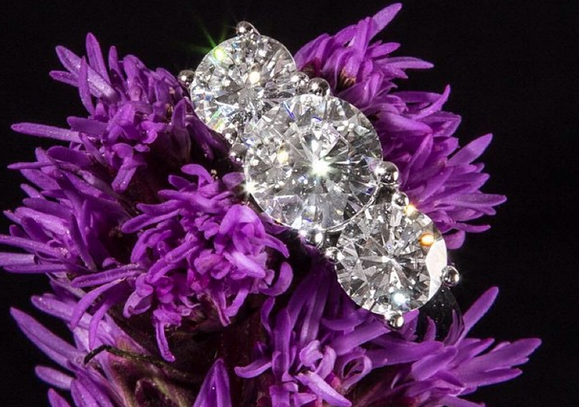 The Trio ring from Moissanite.com is slightly graduated 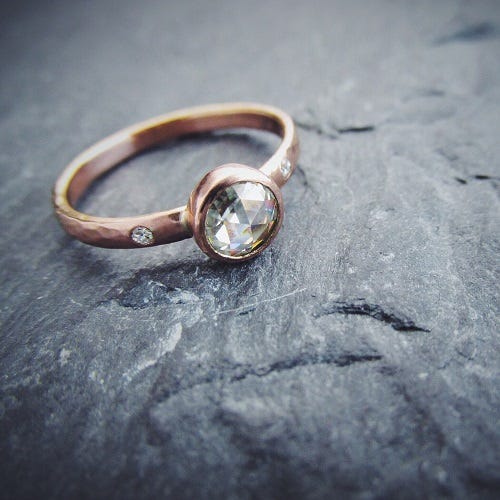 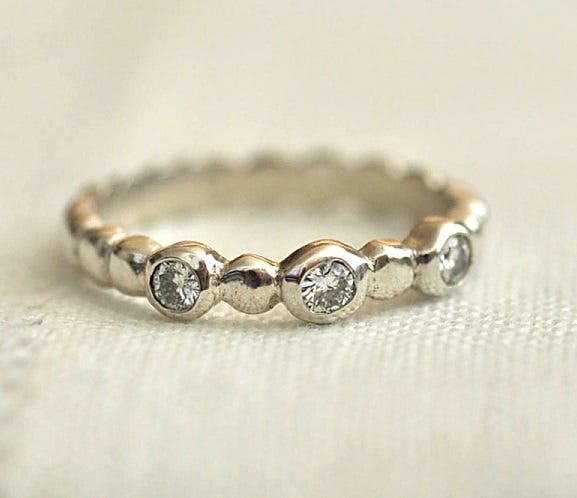 This three stone ring from Porter Gulch is equally sized 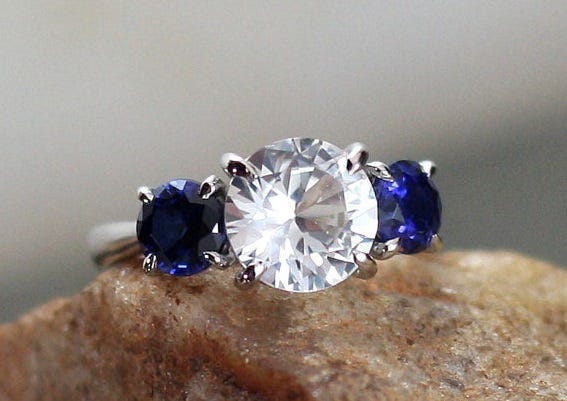 The stones also need not be all round cuts, although they are the most prevalent cut choice. Radiant cuts, for instance, look particularly dramatic in a three stone style. However, the stones don’t even need to all be the same cut.  Rounds and cushions, pears and rounds, ovals and baguettes – the options are endless! 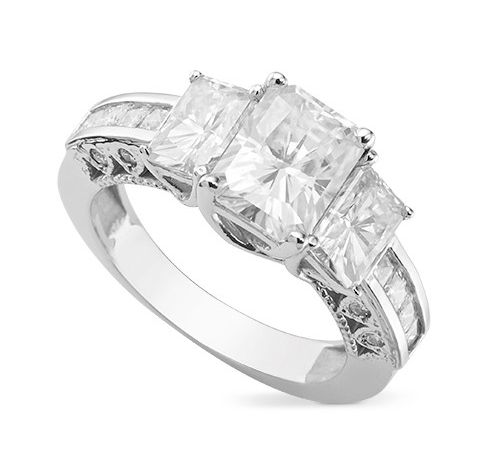 The Taylor by Venazia ring from Moissanite.com is set with three radiant cut stones 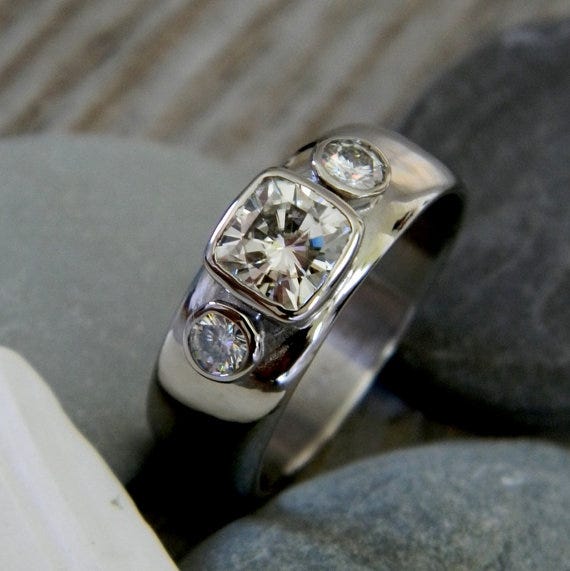 A three-stone ring featuring two round cut side stones and a cushion cut center stone. One Garnet Girl, $2,398

There is a three stone ring out there for every style, from the traditional to the trendy. Three-stone styles also make great right-hand rings, and even stackers. These versatile rings offer something for everyone! 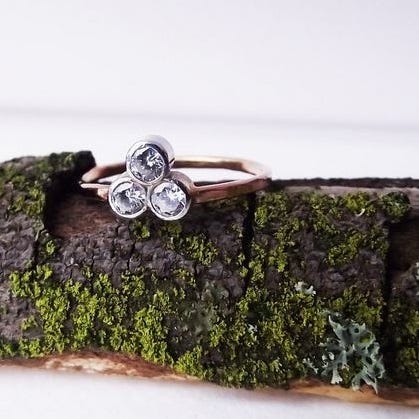 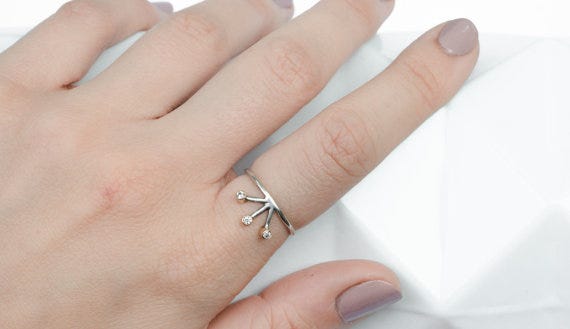 Are you a fan of the three-stone style? Let us know in the comments section.