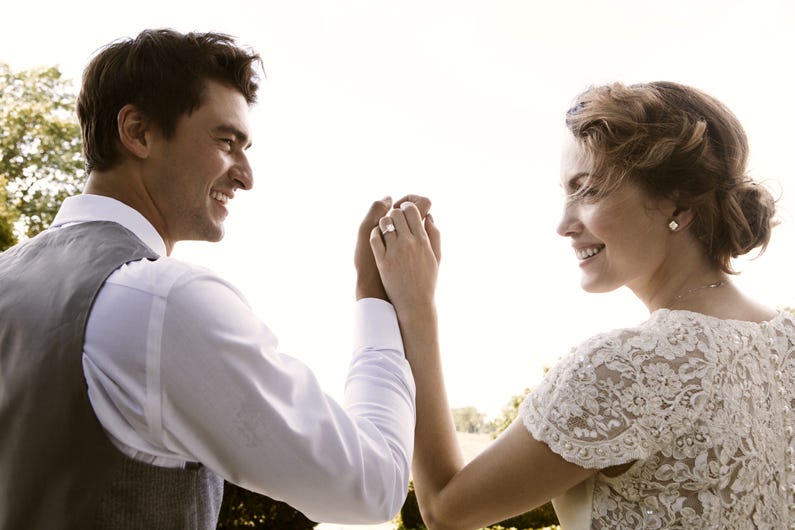 “How did he ask? Where did it happen? Were you surprised?” The proposal is a story you will tell again and again for years to come. Whether you’re looking for a little inspiration or stories to put a smile on your face, check out these amazing proposals in unique locations. 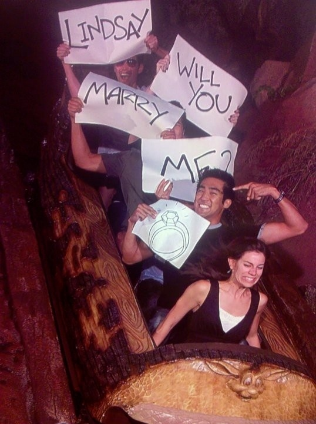 Proposing at a theme park is not an entirely new concept, so this man decided to take it to the next level -by proposing during the actual ride. After a lot of careful planning and very exact timing, this man and his friends pulled off the proposal of a lifetime. The best part is, now they have an adorable photo they can hold onto forever. 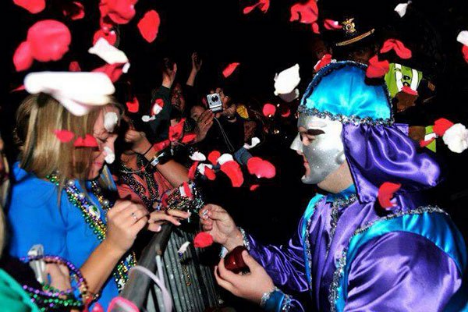 Why not turn an already wild celebration into a personal and life-changing event? This man took the challenge head-on by bringing his girlfriend to a giant Mardi Gras parade where he was a participant on one of the floats. As the float went by, he jumped off and ran over to his surprised girlfriend. He pulled out the ring and proposed to her as their friends surrounded them and tossed rose petals. 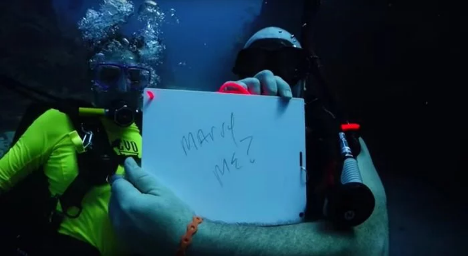 After deciding to take a scuba diving excursion in Honduras to celebrate Amy’s 50th birthday, Bob decided the best place to plant his knee was on a soft bed of sand along the ocean floor. Though it took some careful coordinating and an underwater marker board, Bob was able to ask the big question, and Amy said yes! 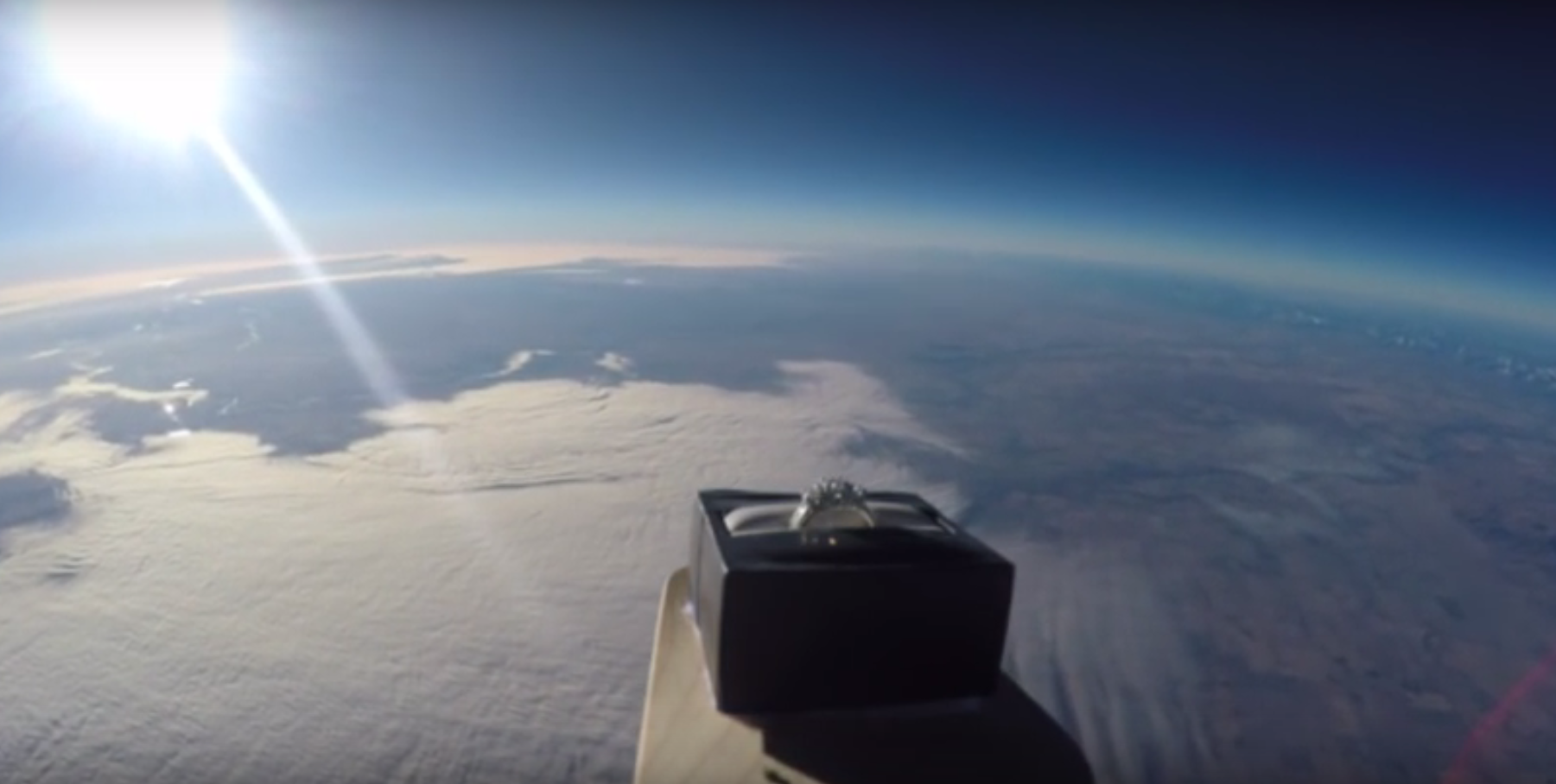 For a love that was out of this world, Shawn knew he had to propose in a big way. So with a little luck and a lot of skill, he set out to send his fiancé’s ring into space! He attached it to one of their kitchen spatulas and sent it all the way into the stratosphere with a balloon, GoPro, and GPS tracker. When May saw the video she could not believe it. Who else can say the ring they wear on their finger has been into space? 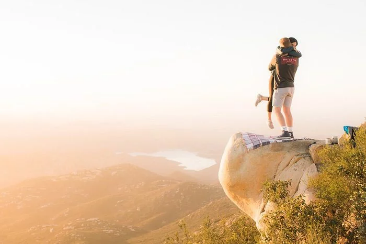 Waking up at 4a.m. to complete a mountain hike may seem anything but romantic. When Sammy and Riley started out on Valentine’s Day morning, their goal was to make it to the top of the mountain to catch the sunrise. After spending 30 minutes sipping coffee and chatting, Riley got down on one knee just as the sun was cresting the horizon. Their friend waited in the bushes with a camera to capture the beautiful moment. 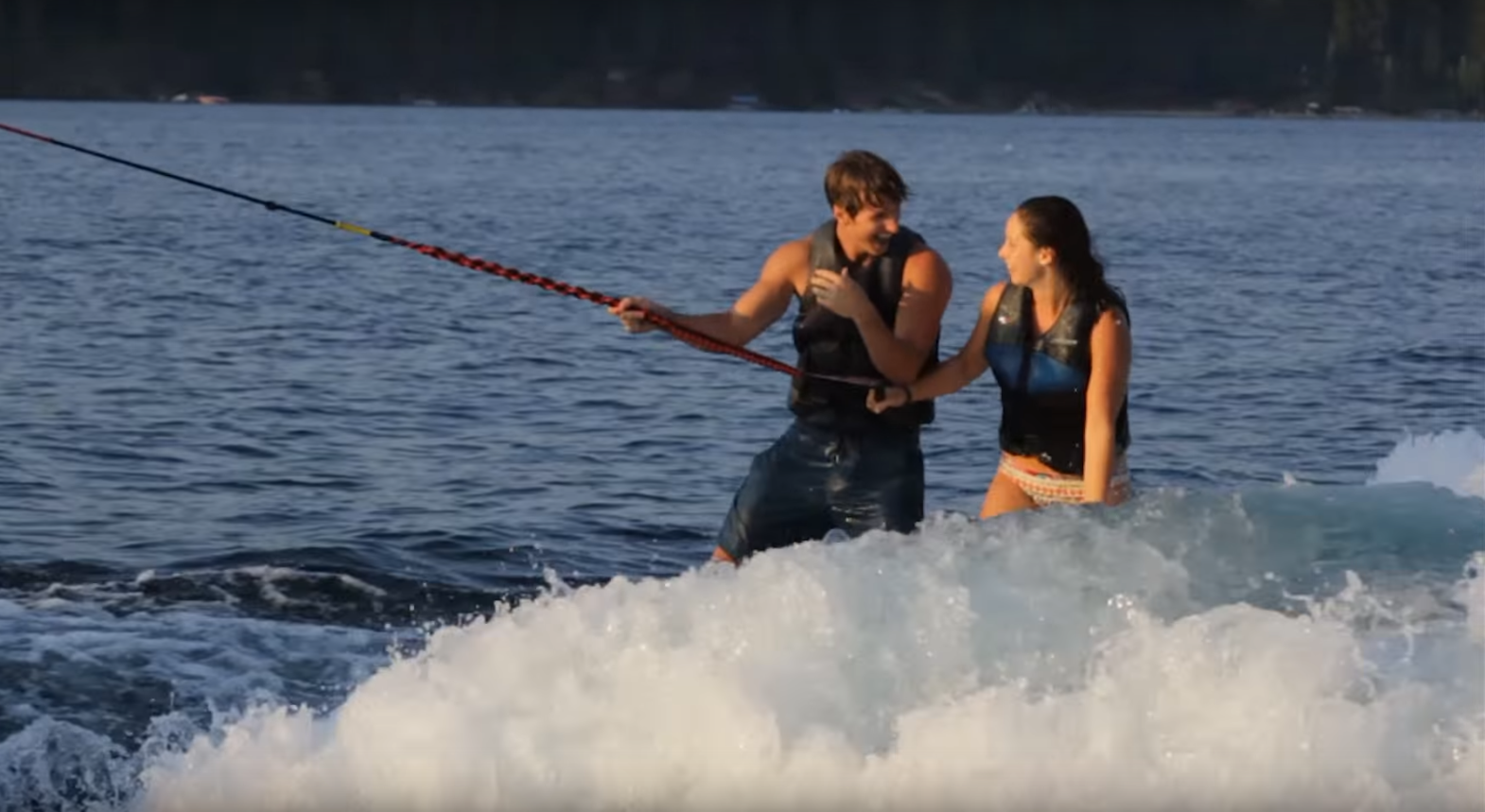 Brynn and Matt grew up at the same lake and were very familiar with boating and water sports. Taking advantage of their shared interest, Matt suggested the two try tandem wakeboarding and that it be filmed for a (made-up) promotional video Matt was shooting. Though initially getting out of the water was difficult, once they were both up, Matt knew it was the perfect moment and he asked her as they wakeboarded side by side. The rest is history. 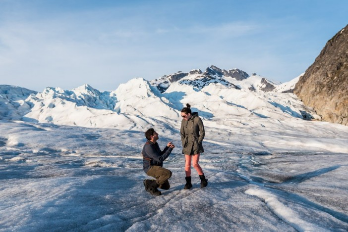 While on an Alaskan cruise, Joel and his girlfriend decided to go on a romantic excursion out to one of Alaska’s beautiful glaciers. After a nerve-wracking but exciting helicopter ride with breathtaking views of the snowscape, the couple landed to explore the terrain. They were posing for a picture when Joel pulled out the ring and popped the question.

Receive more heart-warming stories in your inbox - sign up now!