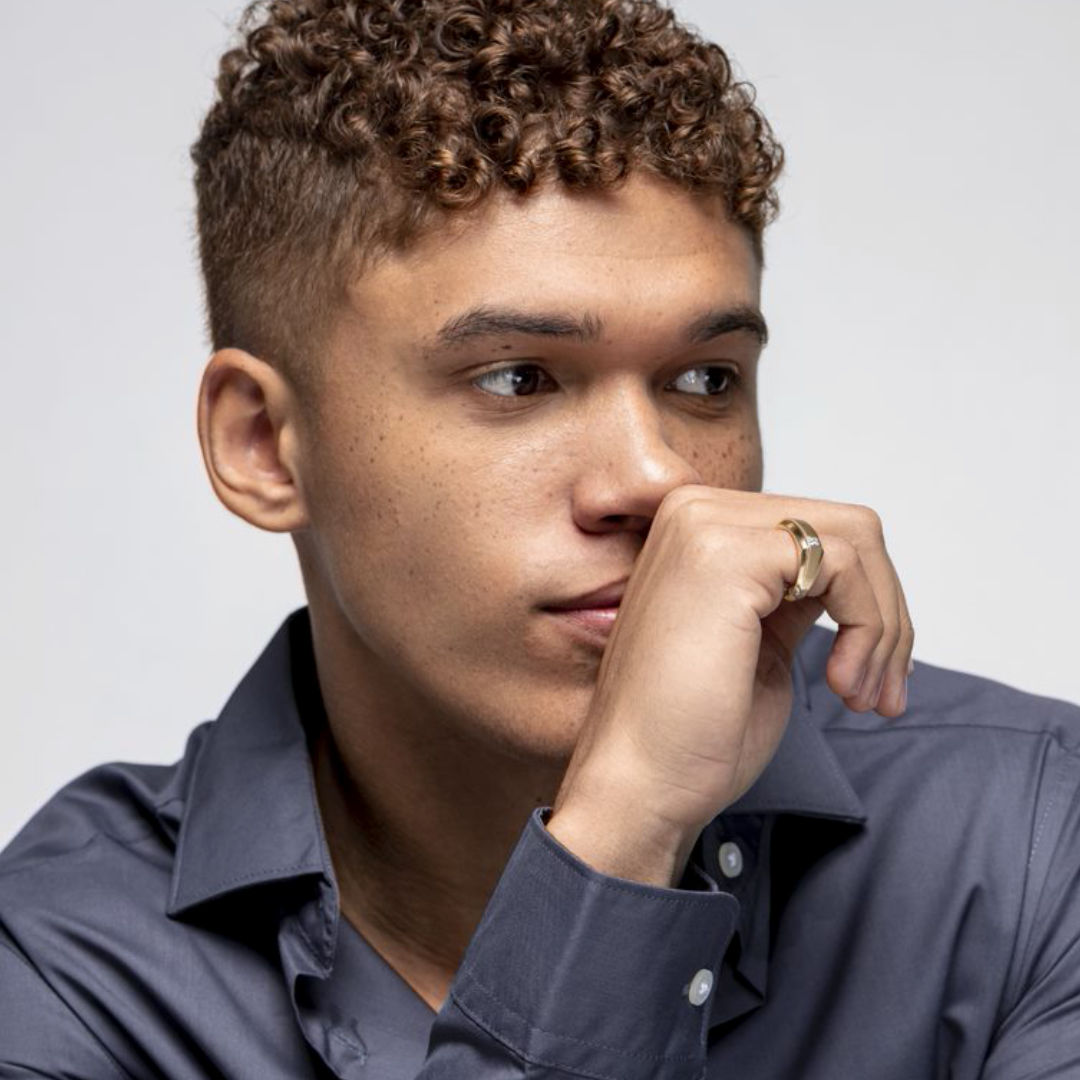 Fresh off a Couture Collection launch that showcased their Caydia® lab grown diamonds in astounding carat weights and dramatic new silhouettes - Charles & Colvard is once again turning heads. This time, with their first ever line of men's diamond fashion bands.

Featuring Caydia® lab grown diamonds and 14K recycled yellow and white gold, this sleek new line will join their acclaimed Signature Collection and give yet another glimpse into a bold and exciting new direction for the company already beloved for their Made, Not Mined™ bridal fine jewelry. 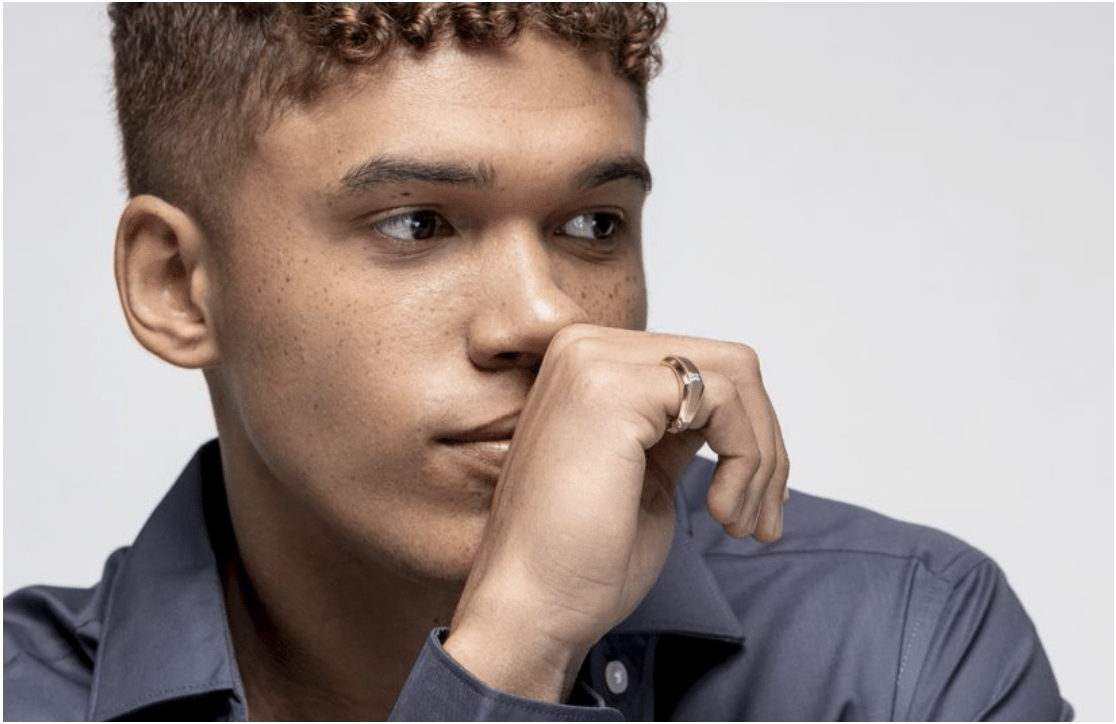 While Charles & Colvard has no desire to slow down its contribution to wedding ring categories, it does plan to vastly expand its presence in the lab grown diamond fashion jewelry market. On a mission to become one of the elite destinations for lab grown diamond jewelry - these men's bands exemplify the brand's ability to marry traditional shapes with refined design.

With staunch lines and mixed precious metals, these bands were engineered to balance traditional masculinity and modern sophistication. Bold and geometric, they command attention while remaining versatile and practical enough for everyday wear. 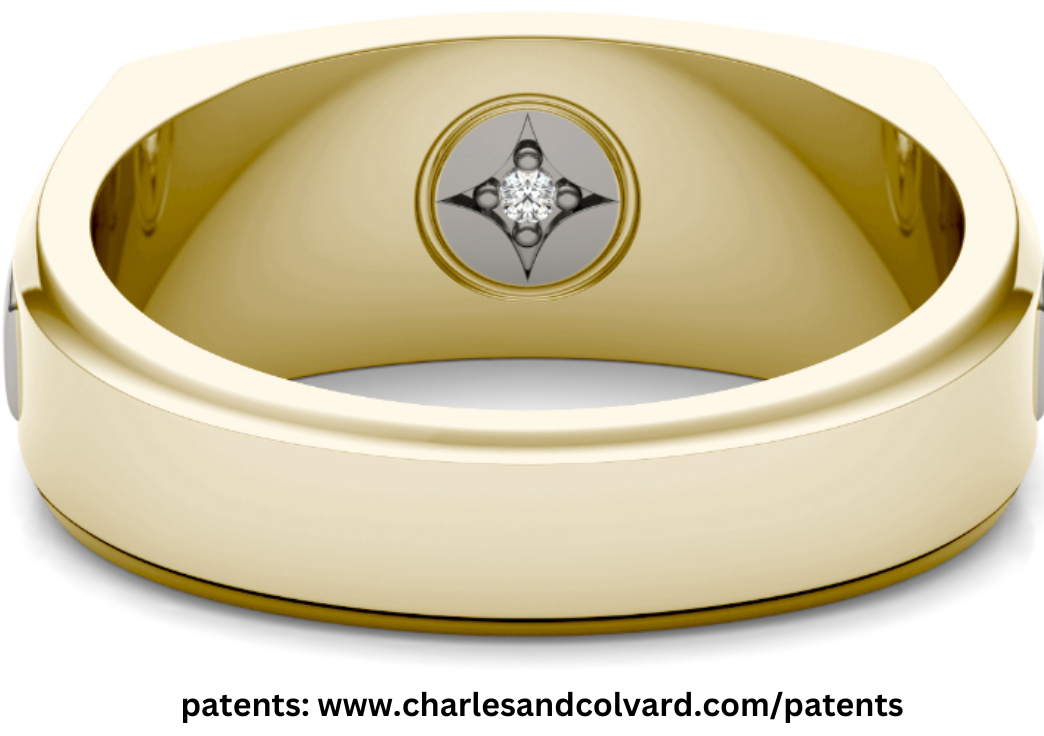 A long time coming, CEO Don O'Connell says these bands are perfect for men looking for a statement piece, but something tasteful and traditional, too.

"These bands are for the modern man - young or old - that appreciates traditional style, but still wants something that gives them a fashion-forward edge," O'Connell says.

Launched as part of the company's esteemed Signature Collection, each band features Charles & Colvard’s patented signature star emblem inside the shank. Intended just for the wearer to know it’s there – it’s a powerful reminder to never compromise on standards.

Charles & Colvard's commitment to using exclusively Made, Not Mined™ gemstones and 100% recycled precious metals is what sets them apart in the industry. While conscious bridal consumers have been aware of the brand since they began nearly 30 years ago, the Research Triangle Park, NC-based company won't be satisfied until their products are synonymous with all lab grown fine jewelry.

"We are a brand on the move," O'Connell says. "We believe lab grown jewelry is the future and we want to be the ones who show the world what uncompromised quality and ethics, looks like."

You can shop their new men's bands, and all of their Made, Not Mined™ fine jewelry via their website, www.charlesandcolvard.com 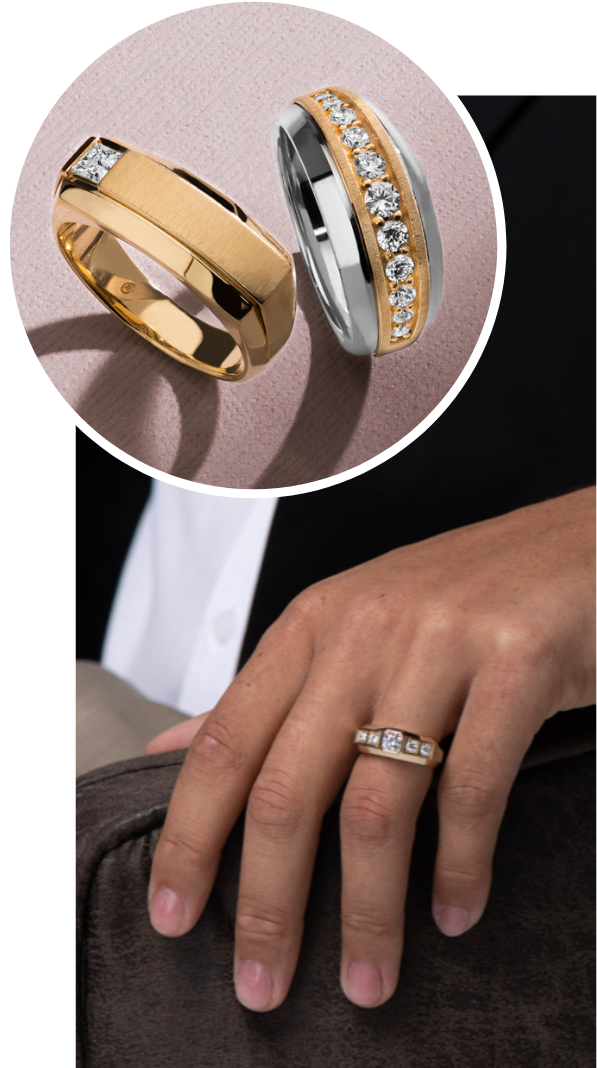