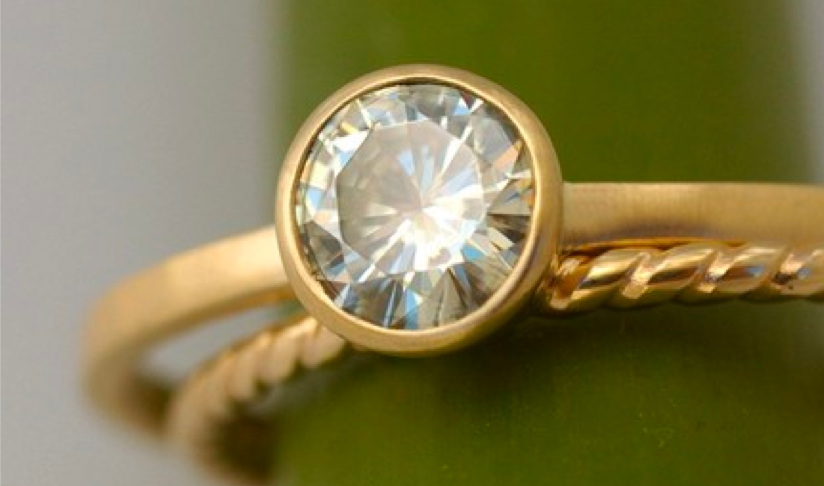 We’re going to let you in on a little secret. We get this question a lot, and the answer is…there IS no real difference between precious and semiprecious gemstones! The distinction between gemstones that are “precious” and those that are “semiprecious” is completely arbitrary. In fact, the US Federal Trade Commission has considered banning the two terms because they unnecessarily confuse consumers.

Technically, only four gemstones are currently considered “precious”: emerald, ruby, sapphire, and diamond. The term was introduced in the mid-19th century to designate gemstones that were valuable, popular, beautiful, and rare. At that time, pearl was also considered a precious gem, as was opal. Amethyst was classified as precious as well, until large deposits of the stone were found in South America in the early 1800s and it lost its rarity.

Pearls have been classified as both precious and semiprecious at different times in history. Bijou Pearl and Moissanite Necklace, Moissanite.com, $999 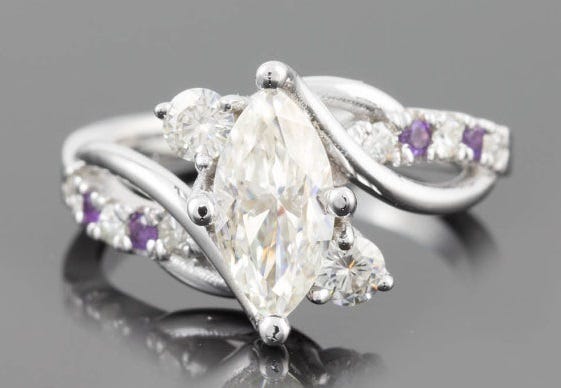 Diamond, however, did not lose its status as “precious” even after the discovery of large diamond deposits in South Africa in 1867. Diamonds are not rare at all, but command huge prices due to their popularity and highly effective marketing by DeBeers. In fact, there are several “semiprecious” gems that are much rarer than diamond, emerald, ruby, and sapphire. For example, tanzanite is extremely rare and is found in only one place (Tanzania), but isn’t considered precious. Other examples of very rare semiprecious stones include alexandrite and tsarovite garnet. 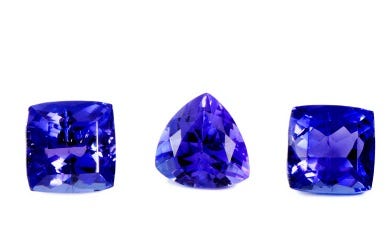 Many so-called semiprecious stones can also command prices as high as or even higher than their precious counterparts. Antique jade, high quality red beryl, and fiery opals have sold for impressive sums. For example, the Olympic Australis Opal, the largest opal in the world, is currently valued at $2.5 million! 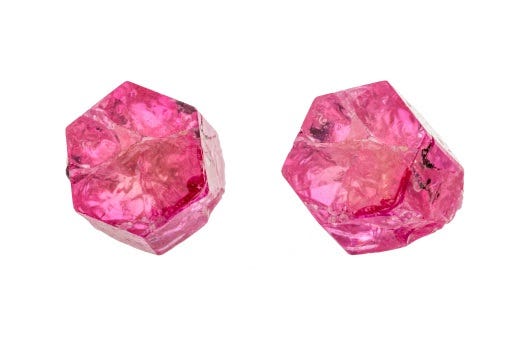 Gem quality red beryl can sell for as much as $10,000/carat when faceted

While precious stones like ruby and emerald are certainly beautiful, many semiprecious gems can be just as eye-catching and lovely when set in jewelry. Some of our favorites include amber, garnet, lapis lazuli, moonstone, onyx, peridot, and topaz. 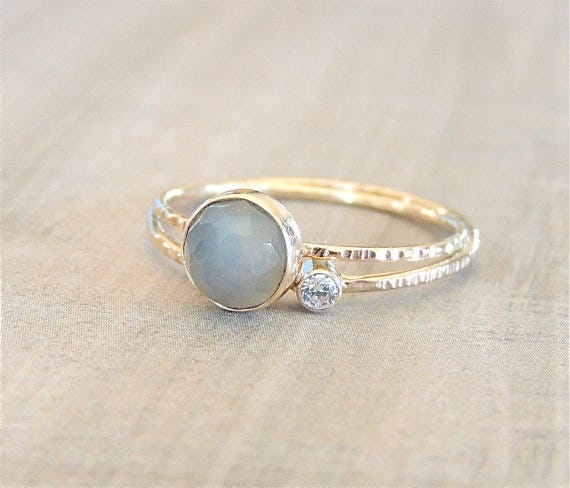 Really, any gemstone can be considered precious if you value it and love the way it looks!