We know, we know – glossaries make you think of boring textbooks. Well, this glossary contains only terms related to a beautiful, sparkly stone! How can THAT be boring? Read on to learn the meaning of the gemological and scientific terms commonly used when talking about moissanite.

Boule: The cylindrical piece of raw crystal from which individual raw moissanite preforms are cut.

Brilliance: The degree to which a gemstone exhibits “sparkle.” See Refractive Index.

Carat: The traditional unit of measurement for a diamond’s weight. Moissanite is not measured in carats, as it weighs about 10% less than diamond. Instead, a moissanite stone’s size is given in millimeters and/or DEW. See Diamond Equivalent Weight.

Clarity: The degree to which a gemstone is free of imperfections that might affect its optical properties. See also Inclusions.

Color: The combination of hue, tone, and saturation that gives a gemstone its particular appearance. For colored gemstones like ruby and emerald, color is one of the most important factors. For transparent stones like diamond and moissanite, lack of color is highly desirable. 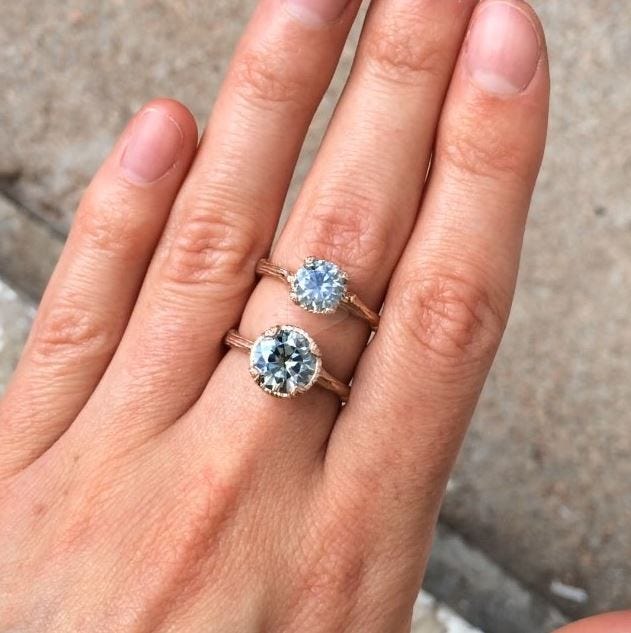 Crown: The upper portion of a faceted gemstone.

Culet: The bottom-most (and typically smallest) facet on a cut gemstone.

Cut: Refers to the proportions and angles fashioned by the gem cutter to release the internal brilliance of a gemstone. Ideal cut stones command a higher price. A cut that is too deep or too shallow will cause light to escape and reduce the stone’s beauty and value.

Dispersion: The measurement of the prism effect that occurs when pure white light enters a non-opaque object (such as a gemstone), breaks into spectral (rainbow) colors, and reflects back to the viewer. See also Fire.

Eye clean: A description of clarity, meaning that a gemstone has no inclusions or imperfections that are visible to the naked eye.

Facets: The “faces” or individually cut surfaces of a gemstone.

Fancy cut: Any gemstone cut other than round. Examples include pear, oval, cushion, baguette, and heart. 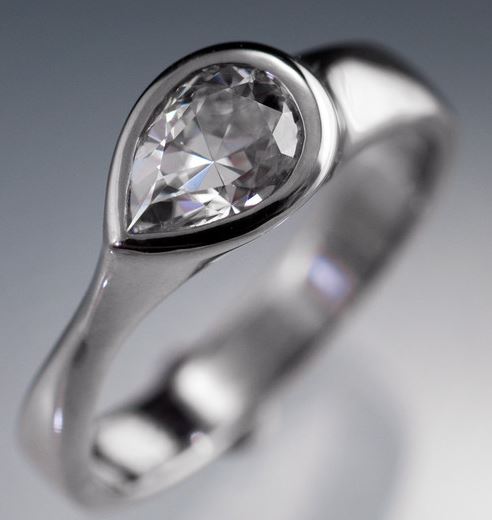 This pear cut is an example of a fancy cut. Available from Nodeform Designs

Fire: A term commonly used to describe the property of dispersion, or the breaking of light into its spectral colors as it passes through a gemstone. See also Dispersion.

Girdle: The outer edge of a faceted stone that serves as the boundary between the pavilion and the crown.

Hardness: A gemstone’s resistance to scratching. Measured on a scale from 1 to 10, with ten being the hardest. See also Mohs Scale. 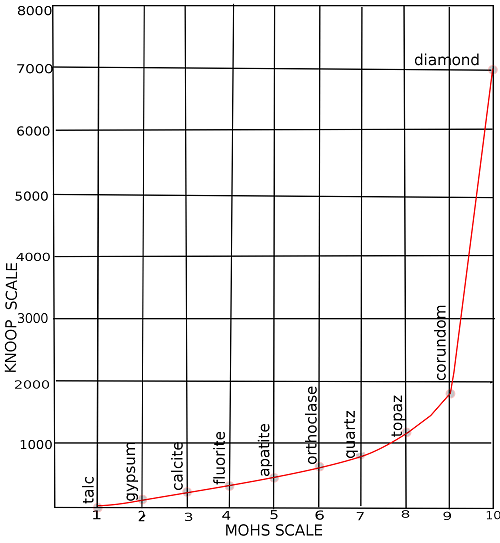 The Mohs scale. Moissanite has a hardness of 9.25

Inclusion: A needle-like strand of crystal that can be seen under magnification within the interior of a gemstone. Nearly all gemstones have inclusions of some kind.

Luster: A gemstone’s ability to reflect light off its surface. 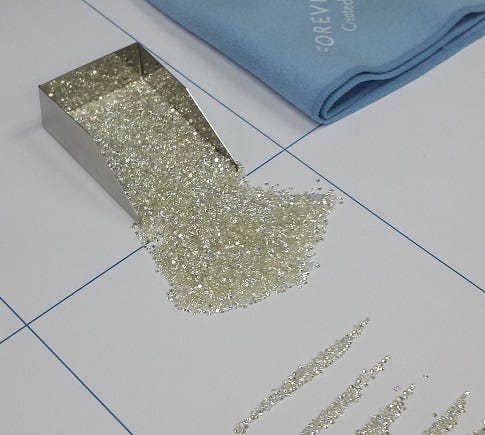 Pavilion: The bottom portion of a faceted gemstone, located beneath the girdle.

Refractive index: The optical property that produces a gemstone’s brilliance or “sparkle.” Refers to how much a beam of light bends as it passes through an object and reaches another surface.

Round Brilliant: The most popular diamond and moissanite cut sold today. 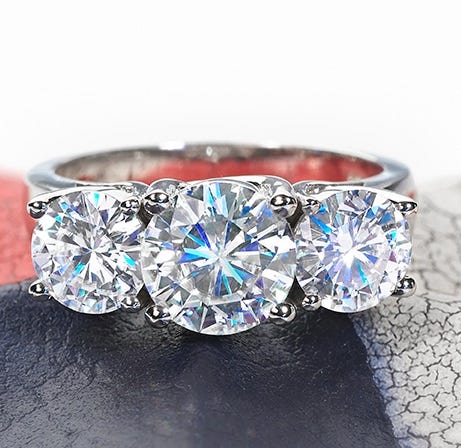 Silicon carbide: A rare, naturally occurring mineral, also known as moissanite. Today, most silicon carbide is grown from a seed crystal in a lab environment.

Table: The top facet of a cut gemstone, typically the largest facet.