The History of Engagement Rings

Rings symbolizing love date all the way back to Ancient Egypt (around 2800 BC). Archaeologists have discovered Egyptians buried with thin metal rings around their left ring fingers, the same finger around which most engagement and wedding bands are worn today. The Egyptians believed that finger was directly connected to the heart by the vena amoris, or “love vein.”

Ancient Roman naturalist and author Pliny the Elder noted in his writings that brides were given a gold ring during the wedding ceremony itself, and that they were worn afterward only during special occasions. Their everyday wedding rings were made of iron, symbolizing the binding of husband and wife.

The Visigothic Code, composed in the 7th century by Chindasuinth, Visigothic king of Hispania, stated “that when the ceremony of betrothal has been performed… and the ring shall have been given or accepted as a pledge, although nothing may have been committed to in writing, the promise shall, under no circumstances, be broken.” The idea of betrothal had thus been around a long time when Pope Innocent III made it more official. The banns of marriage, introduced in 1215, made a waiting period between engagement and marriage a necessity within the Church.

The first official record of a diamond engagement ring dates to 1477 and comes from the betrothal of Mary of Burgundy to Archduke Maximilian of Austria.  Her ring featured small diamonds set in the shape of an “M.” 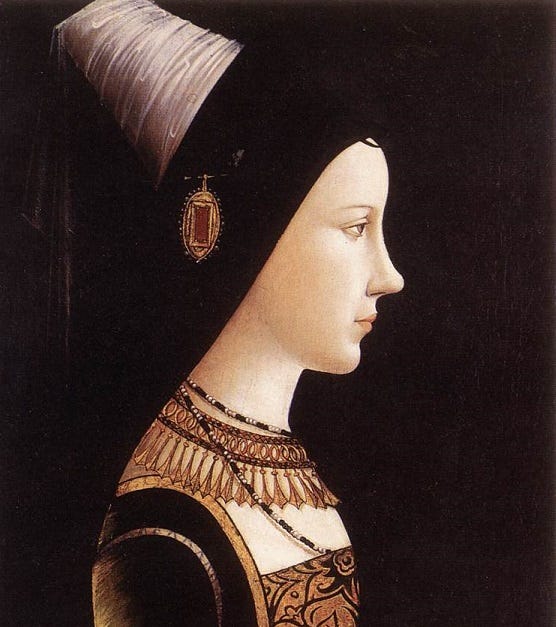 Mary of Burgundy, the recipient of the first recorded diamond engagement ring

It was during this time period that new and improved techniques for diamond cutting were developed. For example, the rose cut dates all the way back to the 1500s, and the Old Mine Cut to the 1700s. 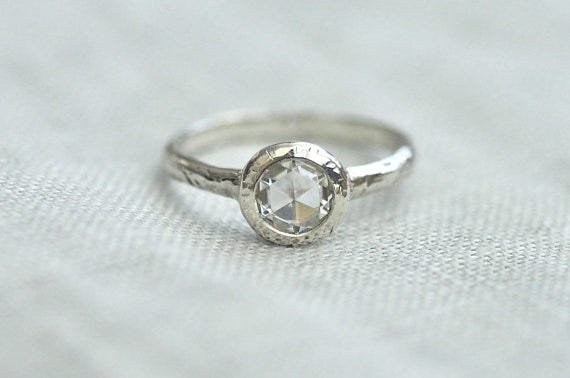 During the Victorian Era (1837 – 1901), jewelry of all kinds became more readily available, although precious gems continued to be worn only by the wealthy. Queen Victoria herself wore an engagement ring with an emerald stone (her birthstone).

In 1867, an enormous deposit of diamonds was discovered in South Africa. The resulting increase in the diamond supply made the gemstone more available and more popular than ever. In 1873, Cecil Rhodes arrived in South Africa, and soon formed the DeBeers Mining Company. The company controlled 90 percent of the diamond production worldwide within ten years. 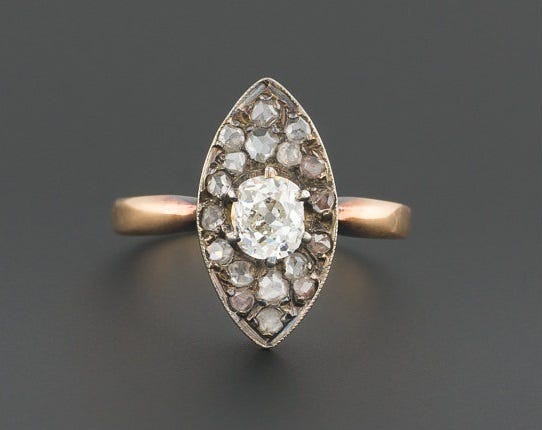 By the 1890s, affordable diamond rings were appearing in mail-order catalogs. However, demand for diamonds (and all luxuries) dropped off dramatically during the Great Depression. However, in 1947, everything changed. That’s the year DeBeers introduced the slogan “a diamond is forever.” Even today, it is considered one of the most ingenious marketing campaigns ever devised. By the middle of the 20th century, diamond engagement rings were the leading jewelry sellers in department stores.

However, diamonds were beginning to receive backlash by the turn of the millennium. In 2000, the World Diamond Council was created to investigate human rights concerns related to diamond mining and the sourcing of diamonds from war-torn countries. Consumers became nervous about potentially purchasing so-called “blood diamonds,” mined through violence in war zones.

Today, a small but significant percentage of engaged couples are moving away from traditional diamond engagement rings. Many of them turn to sustainable, eco-friendly, and more affordable alternatives like moissanite. 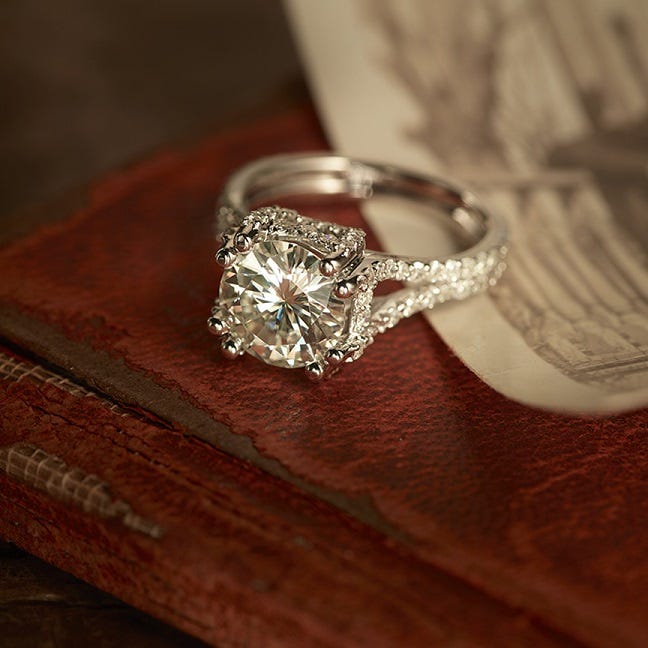 The future of engagement rings is an exciting one. With brilliant alternative gemstones like moissanite and inventive ring designs, we will definitely be seeing some beautiful bridal jewelry in the years and decades to come.