Understand how to identify and value moissanite 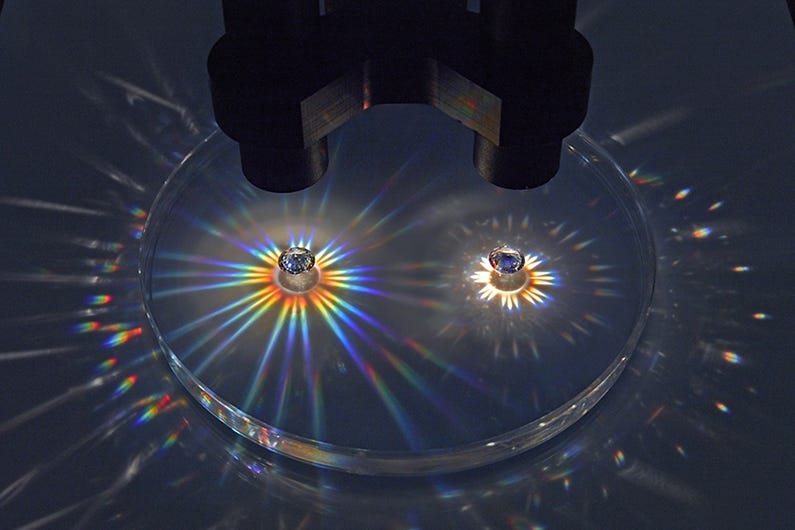 I’ve never seen anything like it. So much sparkle in one place. As the new marketing director here at Charles & Colvard (hi folks!), I recently attended JCK Las Vegas—the industry’s leading tradeshow. As I walked the floor (industry lingo for a convention center full of vendors), absorbing as much industry goodness as possible, I became fully aware of just how many gemstone and design options there are in the world. Everyone there was exploring a multitude of options.

As retailers and designers flocked to the Charles & Colvard booth, I met so many moissanite fans and moissanite newbies. I had several conversations about the differences between moissanite and diamond. So, I feel that this is the perfect time to discuss what makes moissanite unique.

Moissanite is not a fake diamond. It’s a rare and natural mineral also known as silicon carbide, which is used to produce gemstone quality crystals. Charles & Colvard has been cutting moissanite gemstones for more than 20 years. And as the original creator of moissanite gemstones, we know a thing or two about what makes it different.

What makes it shine?

Moissanite has more fire and brilliance than a diamond due to its higher refractive index and dispersion. Dispersion, or fire, is a property of a gemstone caused as light radiates through the gemstone on certain wavelengths – each wavelength producing a specific color. When shining a light over moissanite it will produce a wider color spectrum than a diamond. 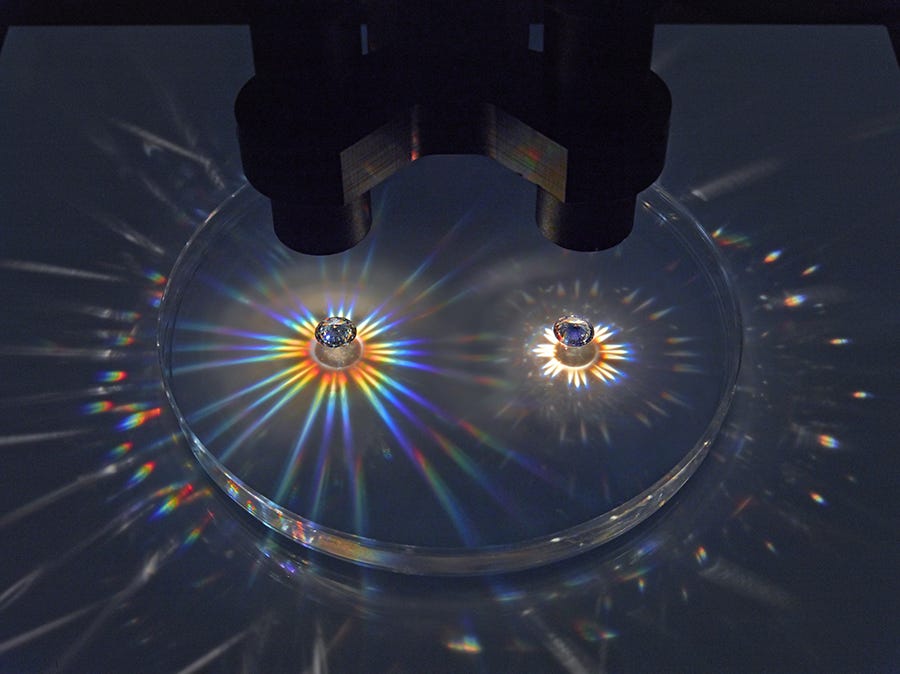 A comparison between the brilliance and fire of moissanite (left) and diamond (right). Moissanite displays 2.4 times the fire of diamond, and more brilliance than diamond as shown above.

The brilliance of a moissanite gemstone refers to its “sparkle.” Moissanite is exceptionally brilliant due to its remarkably high refractive index, which describes how light spreads through the gemstone. In fact, moissanite is 10% more brilliant than diamond!

How can you tell?

Using a jeweler’s loupe for magnification, moissanite can be identified by the doubling of junction facets. In layman’s terms, facets are flat surfaces cut into gemstones in order to best reflect light, and facet junctions are where these surfaces meet.

Furthermore, we go to great lengths to avoid confusion with not only diamonds, but any other moissanite that might be out there. Charles & Colvard Created Moissanite® can be identified by brand inscriptions on our Forever Brilliant® and Forever One™ gemstones that are 4 millimeters and larger. 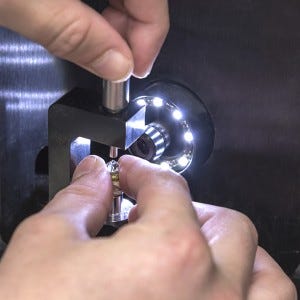 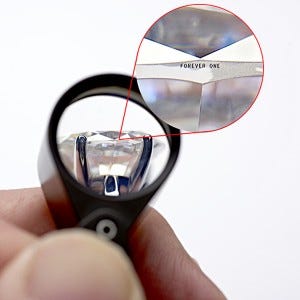 Secondary to identifying these visual characteristics, there are tools that if used properly can help gemologists and jewelers verify the identity of the gem. These tools test the electrical conductivity of the material. There are two moissanite testers on the market that we suggest: The GemOro PRO-M3 and GemOro Testerossa. By following the manufacturer’s instructions, jewelers using the Testerossa can identify moissanite, diamond and white sapphire in one simultaneous test.

Obviously, we are proud of our moissanite gemstones (for so many more reasons than we’ve discussed here) and never want our customers or any consumer to be confused about our products. We want you to choose moissanite, intentionally. 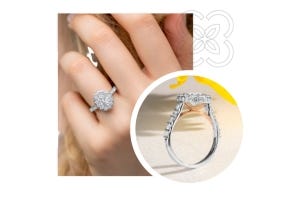 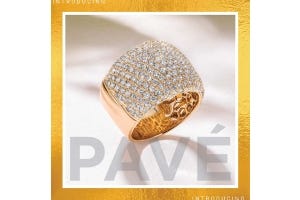 Why lab-grown diamond sales are surging