Still Digging Diamonds? A look at Pebble Mine of Bristol Bay, Alaska 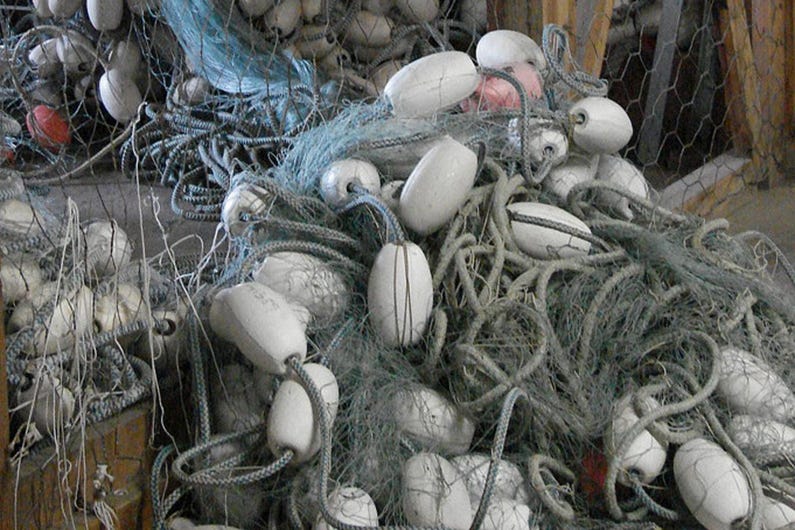 The jewelry industry has taken steps to reduce the human rights issues that arose from “conflict diamonds” – diamonds mined in a war zone that are used to finance an insurgency or other war efforts. But there’s another unfortunate side to brilliance – the environmental toll that mining takes on the Earth.

In a recent New York Times editorial, Michael J. Kowalski stated, “…few industries in the world have a larger environmental and social footprint than mining.”

Mr. Kowalski should know. He is the former CEO and chairman of Tiffany & Co., the jewelry industry icon. He was making a case against the proposed Pebble Mine, an open-pit mining operation that would adjoin a 40,000 square-mile watershed near Bristol Bay, Alaska. 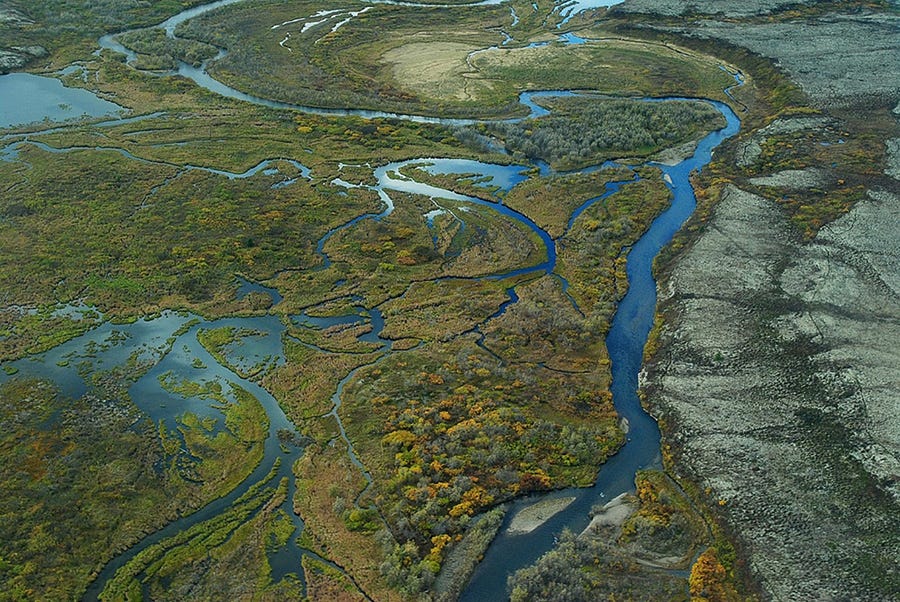 If the Pebble Mine venture gets a green light, it would be one of the largest gold and copper mines ever. The Natural Resources Defense Council (NRDC) estimates that, “As much as 9.1 billion tons of toxic mining discharge would be produced and stored in man-made ponds covering at least 10 square miles. The mining pit, miles of roads covering the Pebble site and man-made dams all run the risk of polluting nearby rivers, ground and surface waters critical to the Bay’s health.”

A large and vocal coalition of local communities, native fishermen, conservation agencies and recreational organizations – along with former Tiffany chair Kowalski – are using every means at their disposal to stop the operation from being launched. 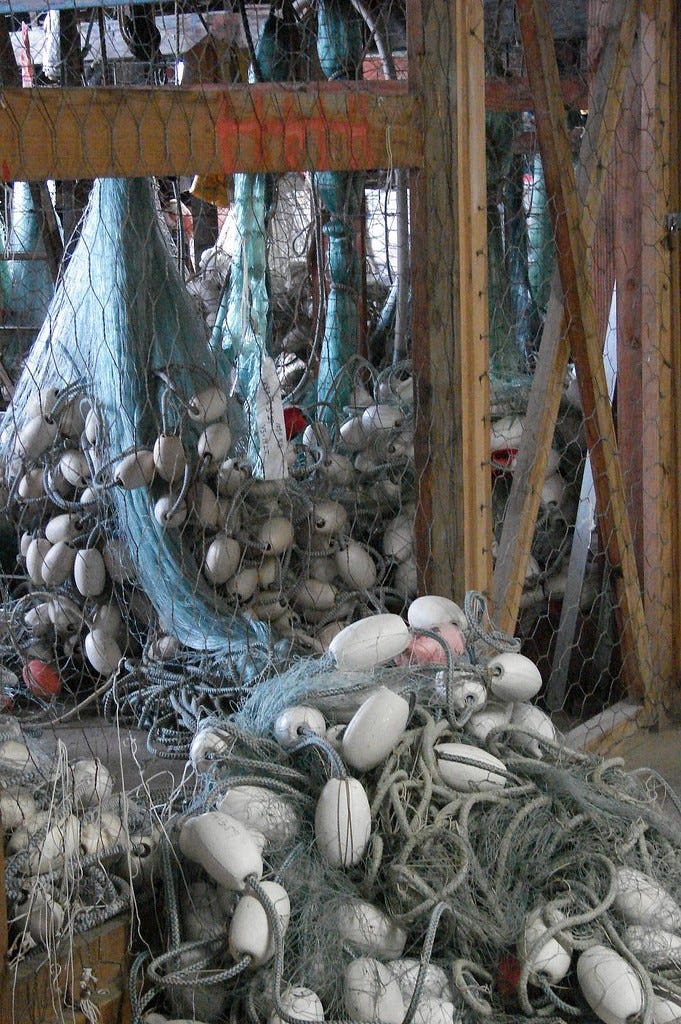 The controversy over Pebble Mine hinges on what’s at risk: the Bristol Bay watershed is a vast area that encompasses several national parks, wildlife refuges, the state’s largest freshwater lake and is the site of the world’s most productive salmon fishery. Bristol Bay accounts for 40 percent of the entire U.S. production of salmon. Counting all aspects of fishing, processing, retail sales and associated activities, the salmon industry in Bristol Bay generates $1.5 billion in economic value across the United States each year. This sustainable industry could be productive indefinitely, and accounts for 75% of all local jobs and roughly 10,000 related jobs across the country. Compare that with Pebble Mine’s projected limited 30 – 60 year productive life.

To be fair, mining and the use of the Earth’s resources have helped create jobs, fueled industry and promoted prosperity. But how do we as a society balance the benefits of mining against the environmental toll it takes? Depending on one’s sensibilities, it might be a troubling prospect to consider spoiling a pristine natural ecosystem, risking thousands of jobs across the U.S. and killing a goose that each year lays billion-dollar golden eggs to dig for actual gold and copper.

Trout Unlimited organizer Lindsey Bloom addressed heavy concerns over environmental and economic impacts of the proposed mine in a recent article by Fox News. “I’m in favor of protecting existing jobs,” says Bloom. “I see the mine as a potential job killer. It’s really big business versus big business. The fishing industry is the No. 1 job supplier in the state of Alaska. To me, that’s one business being threatened by another, and it’s not a ‘save the baby whales’ situation.”

Mining is the very definition of a non-sustainable enterprise. Once the mine is exhausted of its ore or minerals or gem deposits, the operation is shut down, leaving behind an irreversibly ruined, unusable and often highly toxic landscape.

There is also an ever-present danger that a mining operation can trigger an event that dwarfs the impact of the mine itself. In November 2015, a dam burst at an iron ore mine in Brazil, releasing 50 million tons of toxic mud and mining waste. Brazil’s environmental minister called it the worst environmental disaster in its history. [1]

“If you read the watershed assessment, the conclusion that the EPA came to is that even without a catastrophic dam failure, there would be cumulative effects over time that would have an adverse effect on fish and other animals in the region,” she says.

Hand-wringing over the ethics of mined gemstones, particularly diamonds, has inflicted a residual hangover in the jewelry industry and generated a greater awareness of the irreversible nature of mining. Mines in Russia, Indonesia and the African countries Sierra Leone, Namibia and Angola are included on a list of the most destructive diamond mines in the world. [2]

This increased awareness of the toll of gem mining has helped fuel the rise in popularity of sustainably sourced gems such as Moissanite, which has been shown to display even greater brilliance and fire than that of diamond.

This pivot away from mined diamonds splits along generational lines. In a January 2016 consumer survey by research firm Thirdside Solutions (commissioned by Charles & Colvard), consumers 35 years and up were not as concerned about the environmental impact of mining as were Millennials (age 25 – 34). 96% of millennials say they are either somewhat, very, or extremely concerned about the social and environmental impacts of the diamond industry. 52% of millenials are either likely or extremely likely to choose a high-quality, lab-grown colorless diamond alternative over mined diamonds. And 63% of millenials say environmental responsibility has a moderate to major affect on their buying decision when it comes to gemstone jewelry.

Human beings have always had an instinctual attraction to precious objects that lend status or make the wearer feel beautiful and special. That’s not likely to change. What is changing are societal norms, and that is sure to impact the decision-making process today’s shopper goes through as more and more information becomes available.