The Truth about "Conflict Free" Diamonds

Fifteen years ago in Kimberley, South Africa, a group of diamond industry leaders gathered to discuss concerns about so-called “blood diamonds”, or uncut stones sold to finance violent civil war and rebellion in their country. They were facing consumer backlash, as well as pressure from the United Nations and advocacy groups around the world. The result of this conference was the Kimberley Process Certification Scheme, generally known more simply as The Kimberley Process. 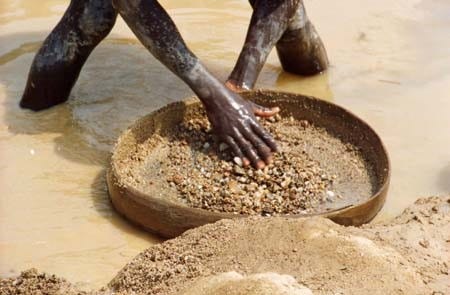 A man sifting for diamonds in a river

While that number seems encouraging, it does not take into account the various shortcomings of the Kimberley Process itself. Time Magazine recently ran an in-depth article on the blood diamond trade that is both informative and upsetting. Despite a decade and a half of efforts to end the sale of conflict diamonds, the actual prevalence of tainted diamonds in the marketplace is far higher than the number reported by The Kimberley Process.

That’s not to say that the implementation of the Kimberley Process has had no effect on curbing the blood diamond trade. According to Time, the process has, in fact, decreased the number of conflict stones being sold; by their estimates, from 25% to 5%-10%. Still, 5%-10% is no small amount. 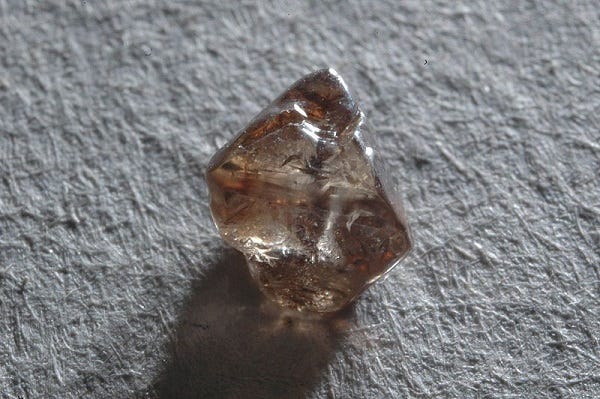 However, violence is not the only issue when it comes to diamonds sourced from developing countries. The Kimberley Process does not regulate other human rights violations, including child labor, dangerous working conditions, or environmental destruction. The diamond trade is in fact marked by all three.

According to Time Magazine, children are forced into diamond mining and out of school, and are paid only a fraction of the value of the diamonds they find, just so they can have enough money for food. Mining is hard labor, particularly on young bodies, and conditions in the mines are often dirty and dangerous. When a miner finds a diamond, as stated above, he receives only a small percentage of the value; the grand majority goes to the mine owner.

The system is rigged as it is a highly imbalanced system for the mine laborers, and an extremely destructive one for the environment. One thousand seven hundred fifty (1,750) tons of earth must be moved for a single 1-carat diamond to be mined. Mines are also notorious polluters, contaminating water sources, and releasing harmful gases into the air. 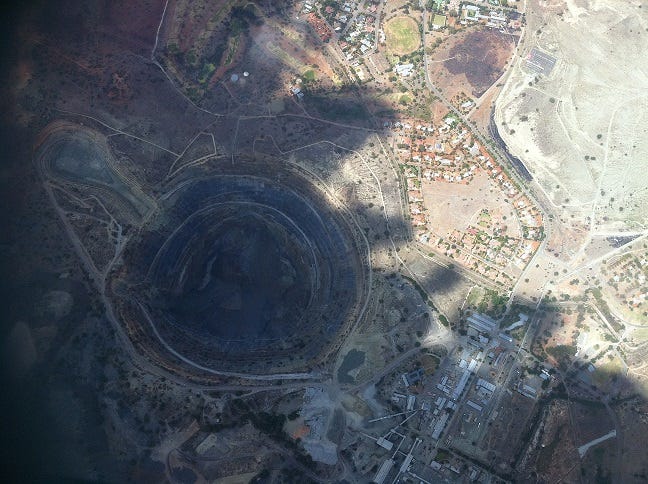 The Kaffiefontein Diamond Mine in South Africa. The mine was closed in 2006, but the enormous hole in the earth remains

So, what is the solution? Boycotting diamonds from Africa might seem like the answer; however, the loss of the diamond industry would be catastrophic to these economies.  Instead, consumers can advocate for “fair trade” certifications for diamonds, which ensures that those who actually do the work of unearthing these gems also get to profit from their trade.

Another option is to purchase diamonds from retailers who meticulously track where their diamonds are coming from through their supply chain. One example is Brilliant Earth, a diamond retailer that also offers ethical and lab-created gems like moissanite. According to MVI Jewelry Consumer News, more and more consumers, particularly Millennials, are considering lab-grown gemstones as an alternative to mined ones that may be tainted by violence, abuse, and environmental damage.

We would appreciate your feedback.  Does diamond sourcing concern you? How far would you to go be sure a diamond was truly conflict-free? Let us know in the comments section.